Data Paths: An Update from the PaTH Informatics Team 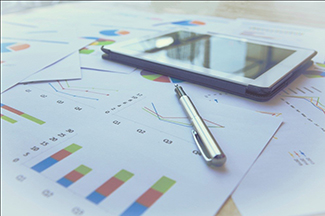 The Common Data Model (CDM) is the structure in which health systems and health plans assemble data from electronic medical records and billing systems for PCORnet. Each of the health systems across PCORnet, including Geisinger, Johns Hopkins, the University of Michigan, Ohio State, Penn State, Pitt, and Temple in the PaTH network construct their data in the same structure such that research can be performed as similarly as possible across the networks. The latest version of the PCORnet CDM, version 4.1 includes a large number of improvements that will improve the capability of researchers using this data and the underlying quality of the data. Specifically, version 4 includes four new data tables that expand the CDM. The Provider table includes which physicians have seen patients. The Observation tables (two of them) includes new fields such as vital signs and other bedside measurements and nontraditional lab tests (done in doctor’s office or other special areas besides the lab). The Medication Administration table expands the information about medications from those ordered or prescribed to those actually given to patients. Each health system and health plan involved in PCORnet cannot efficiently make all of the data available, so its varies at the beginning which data is actually available, having the Common Data Model include these new features helps improve the quality of research over time as they are added. The CDM 4.1 also improves the quality of a number of existing data by more precisely defining the way in which data is imported and therefore available to researchers. For example, clearer specification of patient reported outcome (PRO) data, medication, and lab data is in the CDM 4.1 specification.