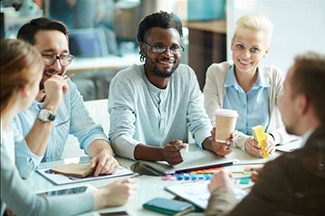 During the first six months of 2019, the PaTH Stakeholder Workgroup piloted a survey it had developed to assess patient partner interest in and opinion on the PCORnet research queries that PaTH fulfills. The survey was developed in order to have a mechanism for collecting patient partner feedback on queries in a way that was convenient and not too time-intensive for patient partners. Patient partners were invited to fill out the survey and then to participate in a moderated discussion regarding the utility of the survey, the ease of understanding and filling out the survey, how well they felt they were able to express themselves through the survey, and how acceptable it would be to patient partners to fill such a survey out regularly. PaTH’s patient partners found the survey to be acceptable, but the moderated discussion revealed that the reason for seeking their feedback on queries had not been made sufficiently clear. Additionally, their reasoning for how they ranked the queries relative to one another varied from individual to individual, and discussion revealed that lower-ranked queries were not necessarily considered unimportant. Rather, low rankings sometimes indicated where they stood on patient partners’ personal sense of what mattered to them, based on which conditions they might be personally affected by. In the discussion, patient partners raised the concern that personal priorities of individuals could lead to meaningful queries being ranked as comparatively unimportant with the original survey format. As a result of this feedback, the Stakeholder Workgroup revised the survey to include clearer language on why we were seeking patient partner feedback. In addition, following advice from the patient partners, queries will now be assessed individually on a 5-point scale, not ranked in comparison to other queries. The revised survey was reviewed by a survey specialist, and is now ready for use. We will begin seeking patient partner feedback on our queries twice annually, and look forward to sharing the results as we move forward.